Bob’s memories of a youth spent in church were vivid…even though they came to him suddenly one day. Remarking to his DSP, John Swisher, that he missed attending church, John was surprised. After all, there was no record of Bob being religious or having ever attended church.

John listened as Bob reminisced about his past at church with his family—the “good old days”, as he called them. The more John learned, the more he understood Bob was deeply missing an important part of himself: a part that would feed his spirit and restore his relationship with his faith.

At InVision, our Direct Support Professionals (DSPs) are committed to helping the people we support live full and meaningful lives of their own determination. John’s method of helping Bob reconnect with his faith not only served as a powerful example of person-centered approaches in action, but also demonstrated the extraordinary impact a dedicated and thoughtful DSP can have on the life of a person with disabilities.


Building the Pathway to a Realized Dream

Faith is personal. It’s not something that can be assigned, and it often requires deep reflection on what values a person considers most important to them. John and Bob already maintained a professional, mutually respectful relationship, so John understood that to better help Bob illuminate the values he holds most important in a faith relationship, he must first set aside his own.

“My role [as a DSP] … was to simply assist Bob in finding a way to direct his own life—something of which he is eminently capable,” John said.

So they got to work.

Bob’s memories were a good start—Bob knew he enjoyed attending services, and he wanted to rebuild his connection to them by resuming a regular schedule of attending church—but they weren’t a complete roadmap to uncovering the missing link.

John probed more into Bob’s recollections of his past at church. Bob only remembered “a preacher, praying, and organ and a choir, and a lot of singing”. It wasn’t a lot to go on, but after much prompting and explanations, Bob concluded that his family was probably Catholic.

“Well, ‘serendipity’, I thought,” John said. “I know something about Catholic churches. I’ll just take [Bob] to a nearby Catholic church for Mass the next Sunday I’m with him, if he still wants to go.”

Bob did want to go. But halfway through the service, he indicated to John that he was uncomfortable and wanted to leave immediately.

“That wasn’t church,” Bob had said after taking a moment to collect himself. The Catholic liturgy wasn’t at all like what he remembered.

Since Bob wasn’t in touch with his most of his family, John wasn’t sure who he could turn to for support in deciphering Bob’s memories of his family’s time at church. But there was one uncle with whom Bob still talked occasionally, so John decided to get his opinion during their next phone call.

After learning from Bob’s uncle that his family may have been Presbyterian, John and Bob resumed their search. They tried a Presbyterian church with no luck followed by a Lutheran church and an Episcopalian church. No dice—they were too much like the Catholic church. Finally they went to a Baptist service—warmer, Bob explained, but not quite there. John was at a loss. He wanted to help Bob find the church he longed for, but their slow exploration of various Christian denominations was both confusing and exhausting for Bob.

After a few weeks spent not attending any services, John was contacted by an old friend who was involved with a Pentecostal church, inviting John to attend his investiture as a youth pastor. John more than likely would have declined—as he is not Pentecostal—if not for his realization that this may be the church Bob was looking for.

“’Can I bring a friend with me?’” John asked his friend. Of course, came the reply.

By the following Sunday, John and Bob were seated together in the balcony of the Pentecostal church.

Bob melded seamlessly into the worship style. He reveled in the dynamism of the preaching and the energy of the prayers and altar call. More than anything, though, he loved the old hymns.

“When the music started, Bob joined in, singing some of them by heart,” John said. “Not one member of his care team knew that Bob knew these hymns—it was quite astonishing.”

Together, John and Bob had uncovered the mystery.

Finding Bob’s church community was an arduous—and at times, frustrating—journey, but it was also liberating and one which John gladly undertook with him so long as it meant Bob could continue living his life the way he wanted. Throughout the months-long process, John remained focused on Bob’s preferences and abilities, and he respected his choices and opinions as the two searched for the church that would meet Bob’s emotional, social, and—most importantly—spiritual needs.

And fulfilling Bob’s desire to join a church like he remembered was only one part of the overall positive impact the experience has brought to Bob’s life:

[Bob] developed new sources of support. He became friends with a few of the other members who call him [on the phone] regularly, and some even offer [to provide him] rides to church. He developed new levels of self-esteem as his inclusion in the church community evolved … Bob is better adjusted and observably happier—Bob has become more fully himself.”

Not only did John become an exemplary example of an effective and impactful DSP to his colleagues at InVision, but also to DSPs across the country.

Through the National Alliance for Direct Support Professionals (NADSP), John was recognized as their E-Badge Earner of the Month in March 2022. John participates in NADSP’s professional development program which offers DSPs an opportunity to earn nationally-recognized credentials that certify them as knowledgeable, competent, and skilled professionals in their field.

NADSP’s strong code of ethics and rigorous curriculum prepare DSPs—like John—to embrace a person-centered approach that “partners with, supports, and empowers people with intellectual and developmental disabilities” to lead independent lives of purpose.

InVision—a pioneer of person-centered, positive approaches—connects interested DSPs to NADSP’s three-level professional certification program so that they can advance their knowledge, skills, and values as DSPs. John and many of our other outstanding DSPs have utilized this programming to distinguish themselves among their peers as highly trained professionals dedicated to supporting people with intellectual and developmental disabilities.

If you'd like to support DSPs who are seeking NADSP certification, please consider making a donation to the InVision DSP Advancement Fund. 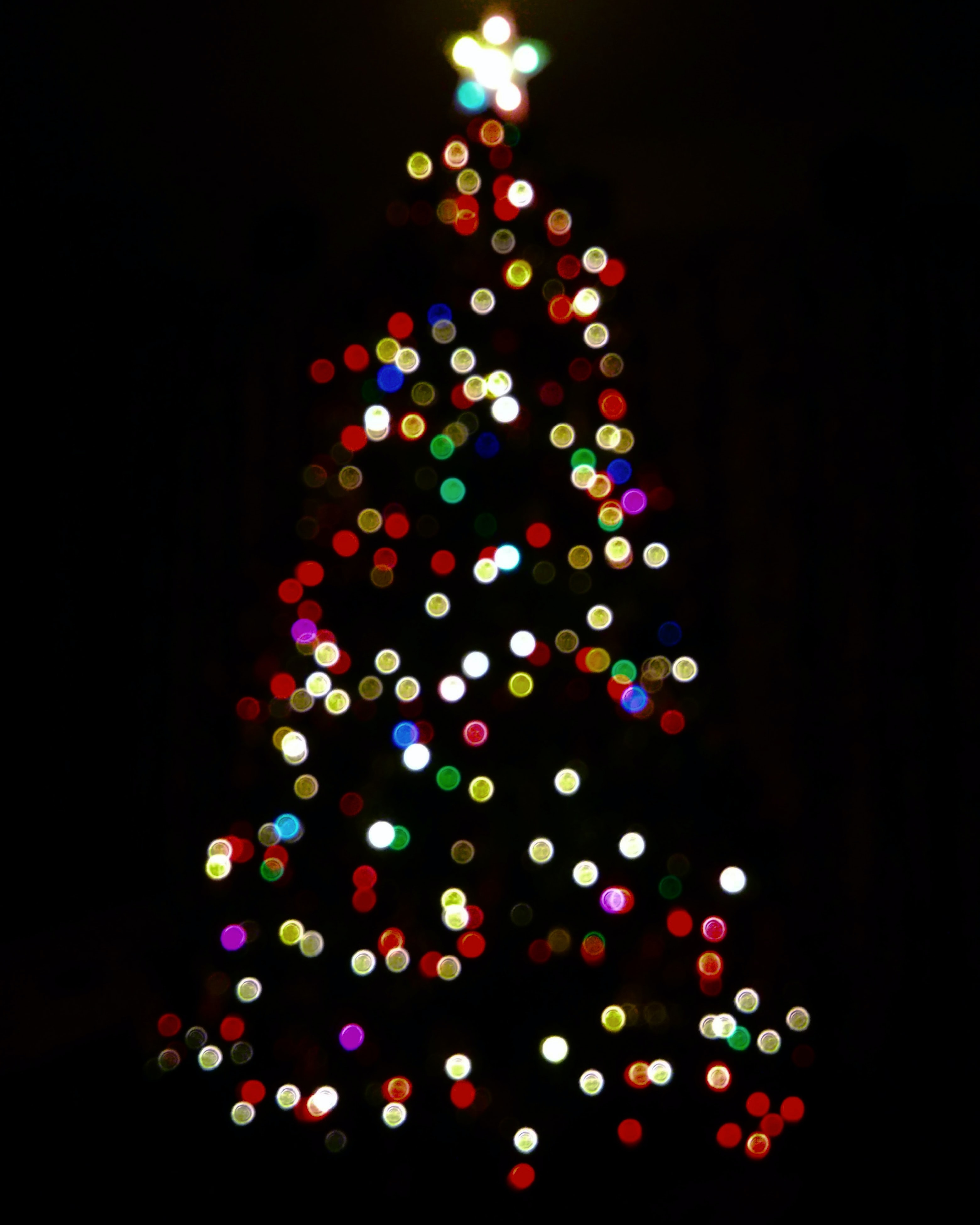 When people and communities come together to make the holiday season more magical, amazing things can happen.
Read More 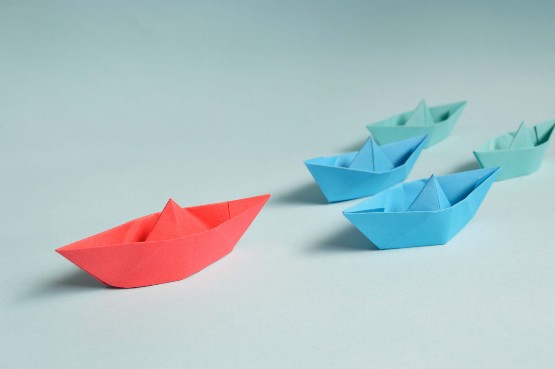 The importance of a strong foundation in fundamental leadership skills cannot be overstated; InVision's Emerging Leaders program offers new leaders an opportunity to further develop basic leadership skills and learn how to employ them among their teams and in their working environments.
Read More 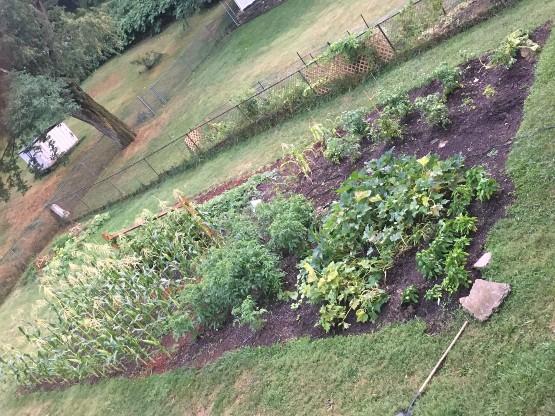 A Labor of Love: Mike's Garden

Mike and his DSPs put their newfound free time to good use.
Read More